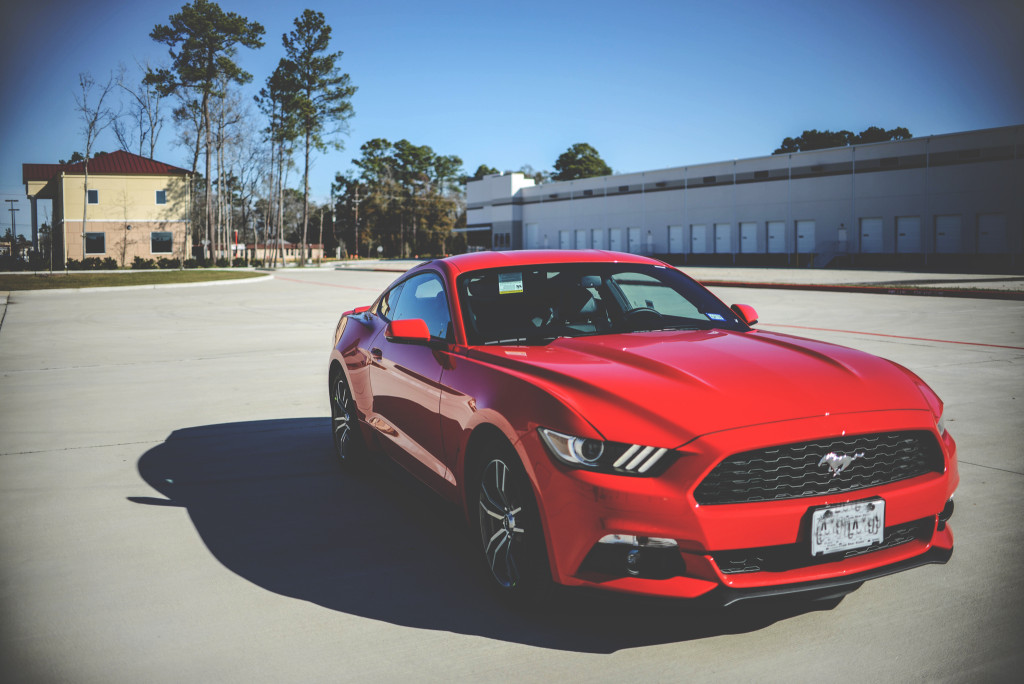 The latest incarnation of Ford’s Mustang is the hottest thing to roll out of the Ford factory since the Ford GT was unveiled in 2005.  The Ford Mustang is a consistent hit because they keep the same formula generation after generation.  Every generation, the Mustang gets incremental modern updates, but stays true to its roots of being a simple American Muscle car.  In 2015, with the introduction of the all new 6’th generation Mustang, Ford made a slight departure from it’s usual Mustang Formula.  For the First time ever, Mustang came standard with an independent rear suspension (IRS), welcome to the 21’st century.  Mustang enthusiasts have been begging for an IRS setup for years.  The new IRS setup isn’t the crude one that ford began retrofitting in the 2001 cobras, this IRS was actually made for the chassis.  Ford also snuck in a new option that no one expected.  Between the usual v6 base model, and the v8 GT model is the 310hp Eco Boost model.

The Eco Boost Mustang makes 310hp and 320tq.  Those numbers just simply aren’t characteristic of a 2.3 liter motor, straight from the factory.  Imagine the tuning possibilities! To put things into perspective, the 2004 Mustang GT with it’s 4.6l v8 made 260hp.  The Eco Boost motor also delivers its power without noticeable boost lag,  There’s no crazy dual personalities when driving fast or slow, when you put your foot into it at whatever speed you are at, it just pulls harder and harder until you’ve had enough.  Now that we have power covered, I have to point one thing out; although 310hp is plenty of hp for a driving enthusiast to enjoy, the 4 cyl still lacks something in comparison to todays and yesterday’s v8 powered Mustangs.  The 4 cyl lacks the distinct intoxicating growl of a v8, and somehow does not deliver the same kick in the pants feeling with sudden acceleration.

Driving the Eco Boost car is a joy, the car rides beautifully.  The suspension seems to be setup with a priority for comfort over performance.  There is no harshness in the suspension whatsoever.  At highway speeds, hitting bumps or dips, the car will get just a little bit floaty.  Although the steering wheel feel is the best of any Mustang ever, you don’t want to be taking exit ramps at 80mph in this car, it let you know when enough is enough.  I wouldn’t consider that a deal breaker, simple suspension tuning will give this car a totally different personality.

The Styling of the 6’th gen Mustang is enough to make anyone take notice.  Two things that really stand out are  the tail lights that are actually 3 dimensional instead of flat, and the long hood that you can see from the driver’s seat witch is one of my favorite things about any performance car.  Aggressive body styling also does not severely impact practicality.  In strict contrast to the new Camaro (which is blind spot city), the new Mustang has no significant blind spots or limited visibility out.  The seats offer all the support you could need for performance, or comfort, all dials and controls are easy to reach from a relaxed position, and the cabin has plenty of space for being a 2+2, however, if you have someone in the back seat, they’ll fit, but they won’t exactly be feeling the same level of comfort as the folks up front.  The trunk is 13.5 cubic feet, not massive, but more than ample space.  Just about any luxury feature you can think of can be had on the new Mustang.  This model was equipped with Touch sensitive door handles for keyless entry, Mustang logo door projector lights, voice control, Bluetooth and more.  The dashboard can be configured to show a digital boost gauge or many other engine metrics that would normally require advanced diagnostic software or aftermarket gauges.  There are also has different steering and driving modes witch can dynamically change the feel of the car to be sharper and more responsive.  I personally like the fact that when traction control is switched off, It’s really is switched off!

Enthusiasts saw the new Eco Boost Mustang as the SVO re-born, I wouldn’t agree with that analogy because the SVO was a higher performance model than the GT.  Instead, I believe that the Eco Boost Mustang is both an evolution to the future of engine technology, and a target for the Import and compact tuning crowd.  Aftermarket tuners are able to pump nearly 400hp out of the new Eco Boost motors with a minimum amount of modifications.  The Eco Boost Mustang provides a great alternative to the v8 Mustangs, as long as you don’t just want the v8 because of what it is.  For a person who just wants performance and doesn’t care about a v8 The Eco Boost car is a great opportunity to bring something different to the scene. 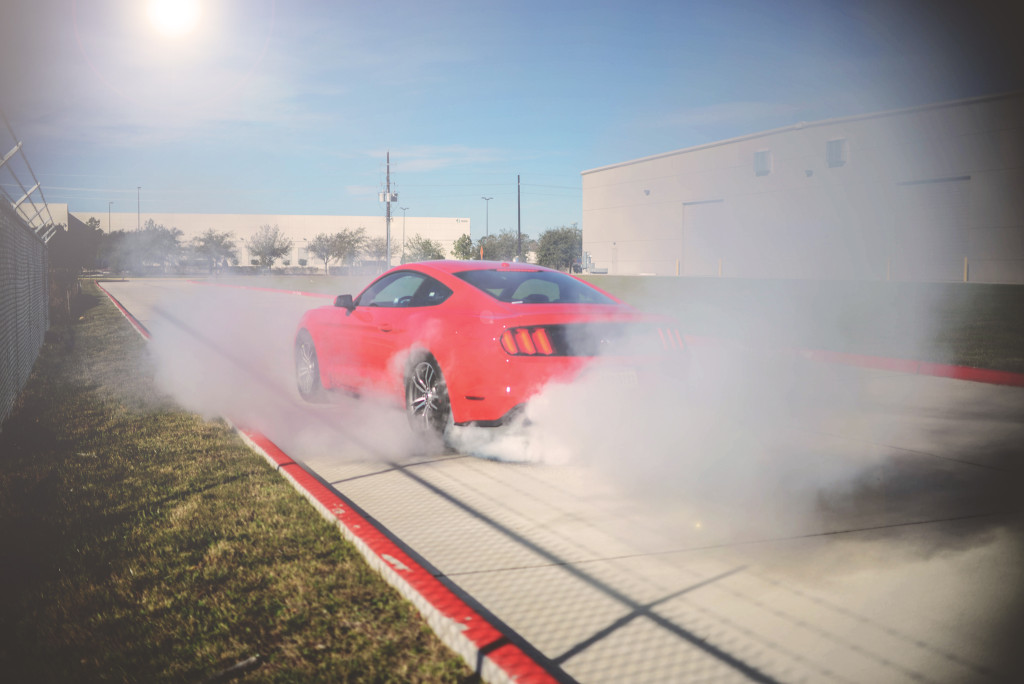 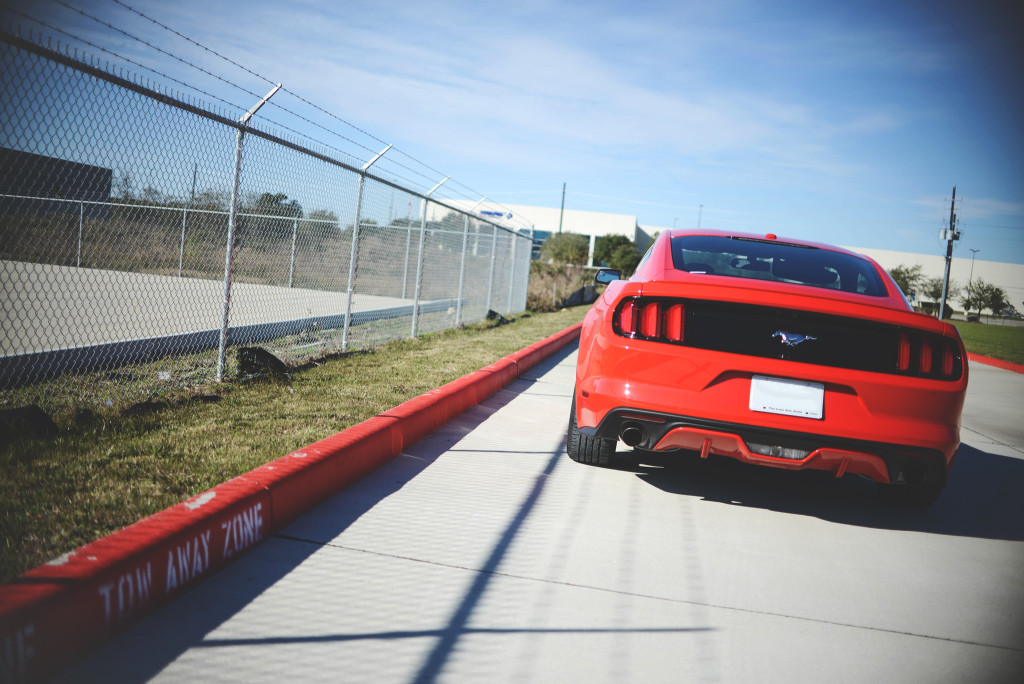 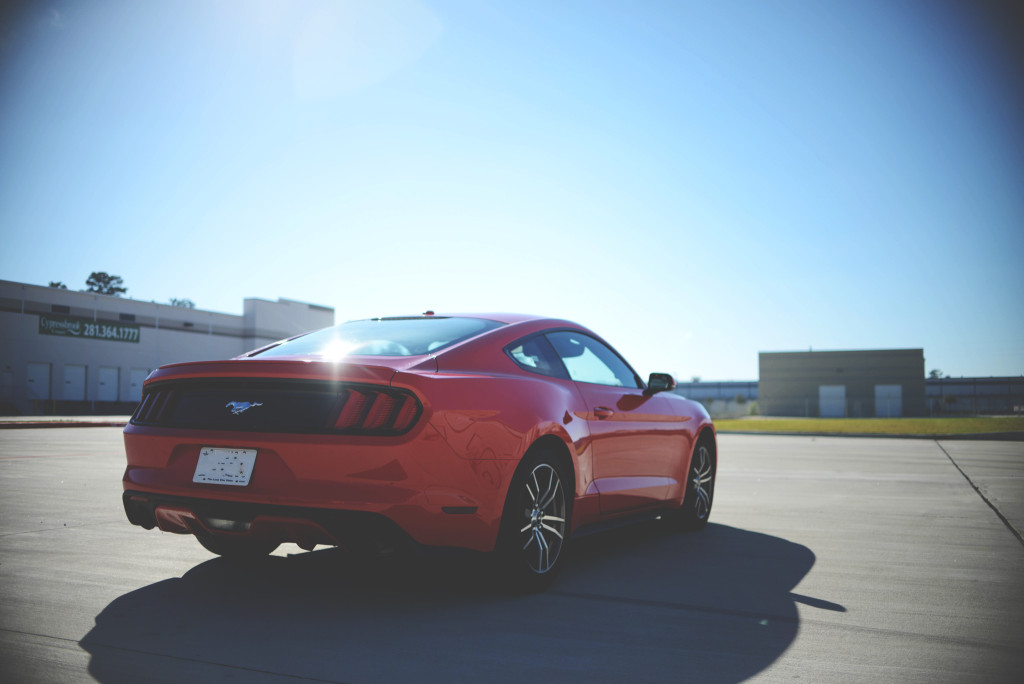 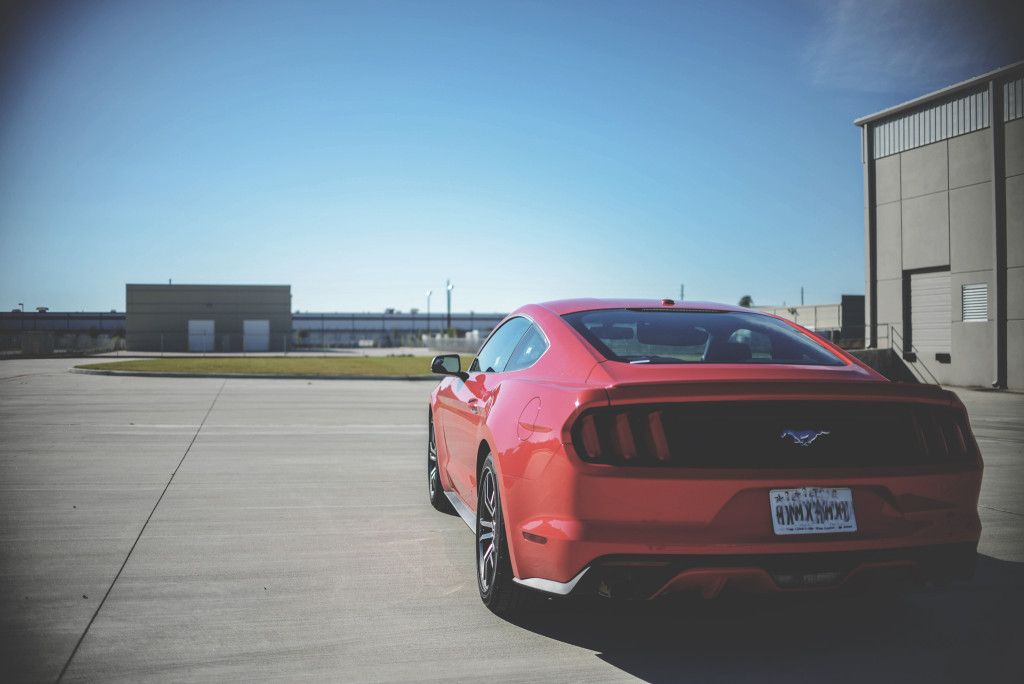 We made a quick stop over to the car show at New River Auto Mall this weekend to check things out. The car scene down south never disappoints. There were some hot imports, and the […]