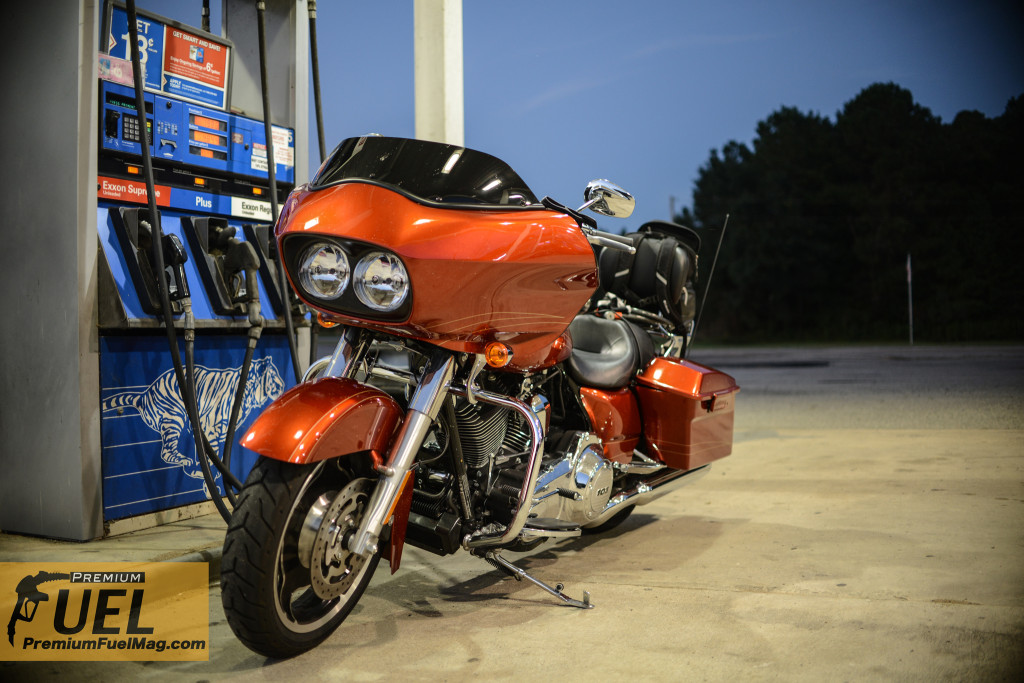 For a person that thinks they are only into sport bikes, it is impossible to see what it is about these 2 wheeled giants that make them so appealing.  They appear to be big, heavy, clumsy, slow, and made for old men.  After driving this bike and logging about 1,500 miles over the course of only a few days, i can tell you that my opinion of Harley Davidson’s big tourers has been turned inside out.  The 2013 Harley Davidson Road glide is a masterpiece of a motorcycle.  First of let’s talk about the power.  The full sized Harley’s all have the 103ci engine and 6 speed transmission standard in 2013.  The power the 103 engine puts down isn’t exactly what i would describe as “neck snapping” but there’s more than enough of it.  Even rolling at high speeds, i always had plenty more juice for passing power and a few short sprints on wide open roads.  Even when riding with a passenger, the engine didn’t ever seem to notice, it never felt sluggish or weighed down.  Even after testing out the 160hp Ducati Diavel all day, and returning to the road glide, it still didn’t feel like it was lacking.  The handling is very nimble, once again, even with a passenger aboard, I barely felt any change in the characteristics of the bikes handling.

The Road glide, with it’s front fairing attached to the frame handles considerably easier than its sisters, the Street Glide, and the Electra Glide, because you aren’t constantly fighting the weight of the massive dash board, headlights, and fairing, every time you turn.  This especially matters at low speeds.  At low speed, the Road glide is very manageable, all the way up until you have to put your feet down.  Pushing and walking this beast around is a nightmare.  Maneuvering into tight spaces is a very nervous experience, slipping in gravel, sand, or oil while attempting to walk this bike will ruin your day quickly.  I am a 5’10” male, with above average leg strength and trying to walk this thing up even the slightest hill is a no go.  So that’s my first complaint.
For comfort, the suspension is very firm, maybe a little too firm and a bit jarring on larger bumps in the road, however, this family of bikes comes standard with rear air suspension and is easily adjustable by the rider.  The standard seat offers plenty of cushion for the rider and passenger, however, lang trips are hard on the lower back.  I did not have the optional driver back rest, this would be my first purchase if i was tho owner of this bike.  The large fairing up front and low-slung windshield look ultra cool, however, they cause a lot of turbulence, helmet vibration, and wind noise at highway speed.  My second upgrade to this bike would be to install a larger windshield.  Harley Davidson has remedied this problem on the “Bat wing” style bikes by installing an air vent in the fairing.  That modification is not currently available on the Road Glide series.  The two large standard headlights up front provide excellent visibility at night, they are the best i have seen on any motorcycle.  They can be upgraded to the even more powerful LED headlamps which give the road glide a very space aged look.

I have never experienced having saddle bags on a motorcycle, yet somehow i still feel the need to complain that they weren’t big enough.  They did hold all the junk i was toting around all weekend, but they are narrow, and oddly shaped, you just can’t fit what you think should fit in there, and that’s where i think my disappointment comes in, however, it is really great to be able to carry more than just what fits in your small backpack.  Having a radio on board was also a new experience.  I blasted it every chance i got.  The speakers did pretty well up to the 45-50 mph range before they were drowned out by wind noise.  This is a much better experience than jamming ear buds in my ear for music, only to have them pop out less than 5 min into the ride.
The Stock exhaust is a bit on the quiet side, however it still makes a great noise, people can still hear you coming and going, and it doesn’t sound wimpy.  It’s also nice to be able to communicate with your friends at the stoplight without turning the engine off.  Gas mileage was acceptable, i could go about 230 miles or more between fill ups.  The 103 engine also conserves gas and keeps its self cool by deactivating a cylinder when you sit stationary for a length of time.
My favorite feature of this bike, and any bike that has it is the ABS brakes.  ABS is a wonderful feature on a motorcycle that allows you to use your brakes to their full potential without skidding and crashing from locking your front or rear brakes.  ABS works great in the sand, gravel, and rain.  With the ABS system, the 32 degree lean angle and it’s shorter wheelbase, i believe that i was able to take this bike through the mountains faster than i could have on the Premium Fuel V-rod, and was a large part of why i was able to keep up with the Ducati Monster that was leading.  I can not possibly go on enough about how great it is to have ABS on a motorcycle.  The steering is light and very predictable.  If this was my bike, i think i could grind the foot pegs and floor boards down to nubs within a week.  .

I recently read an argument that said that Harleys were pointless because Japanese sport bikes were so much cheaper and performed so much better.  A big touring Harley isn’t going to peel you eyeballs back and let you dive into a corner at 200mph, but you still get that open air freedom of a motorcycle, you can still carve real corners with the other bikes, and you can do it wit someone on the back, with a lunch packed and a change of clothes, and you can ride for hours, and not have achy wrists, neck and forearms when you get done.  You can use practical, fun, and motorcycle in the same sentence.  Even if you still prefer the sport bike world, you would still appreciate a big bike experience if you ever got the chance. 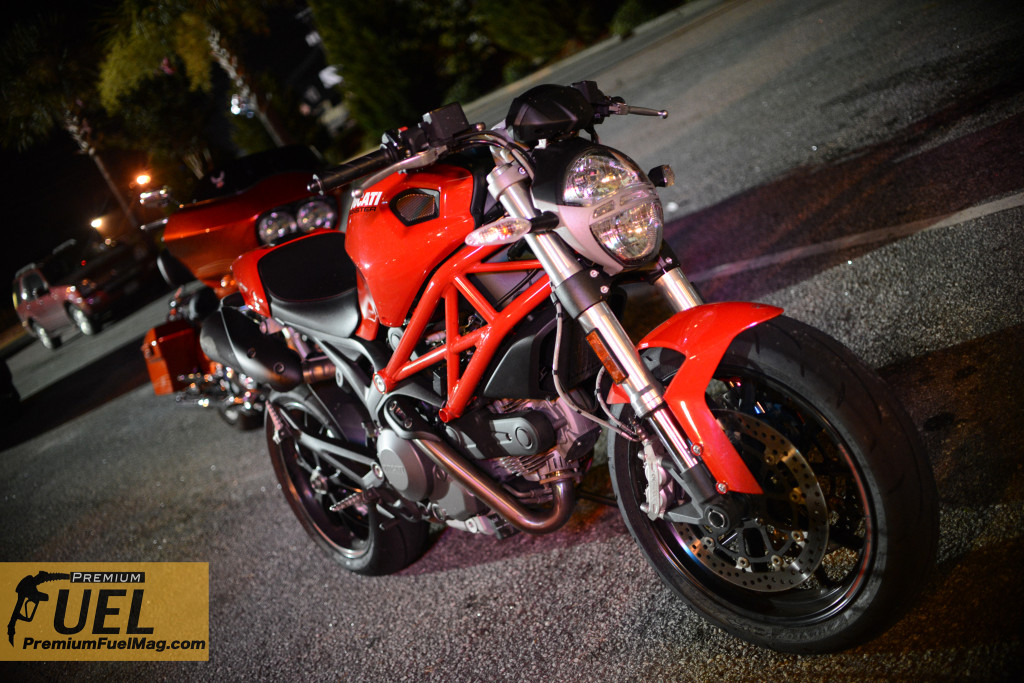 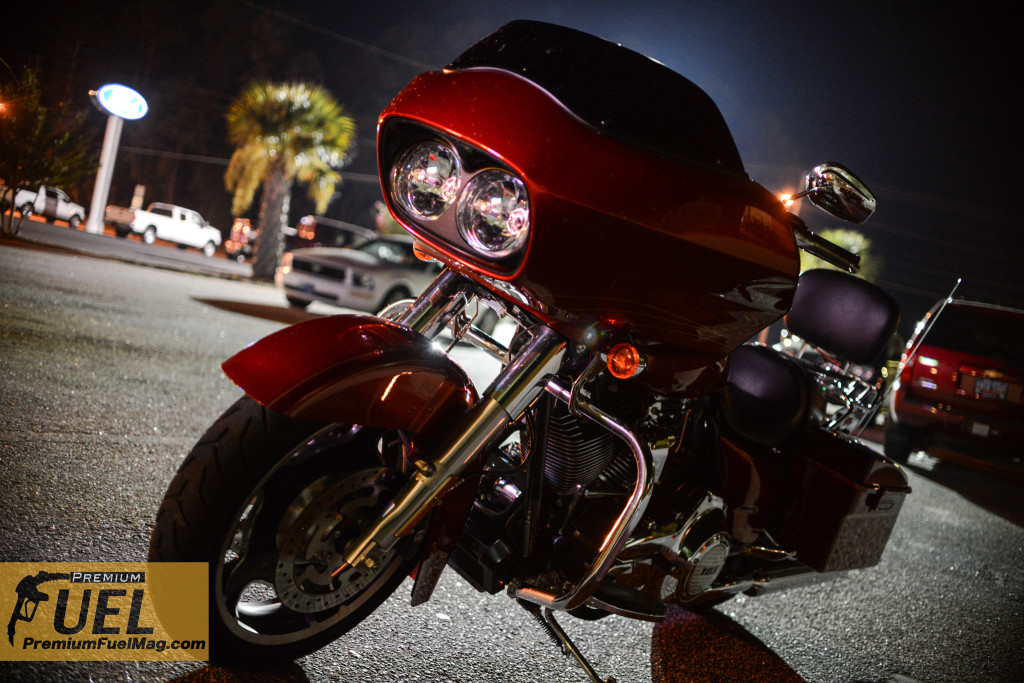 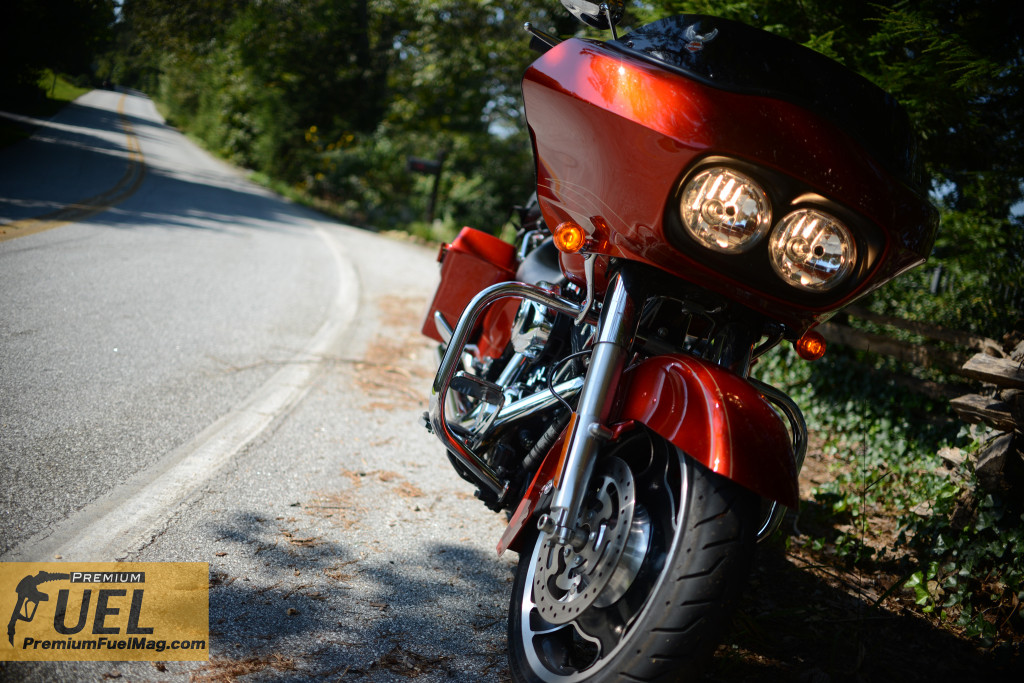 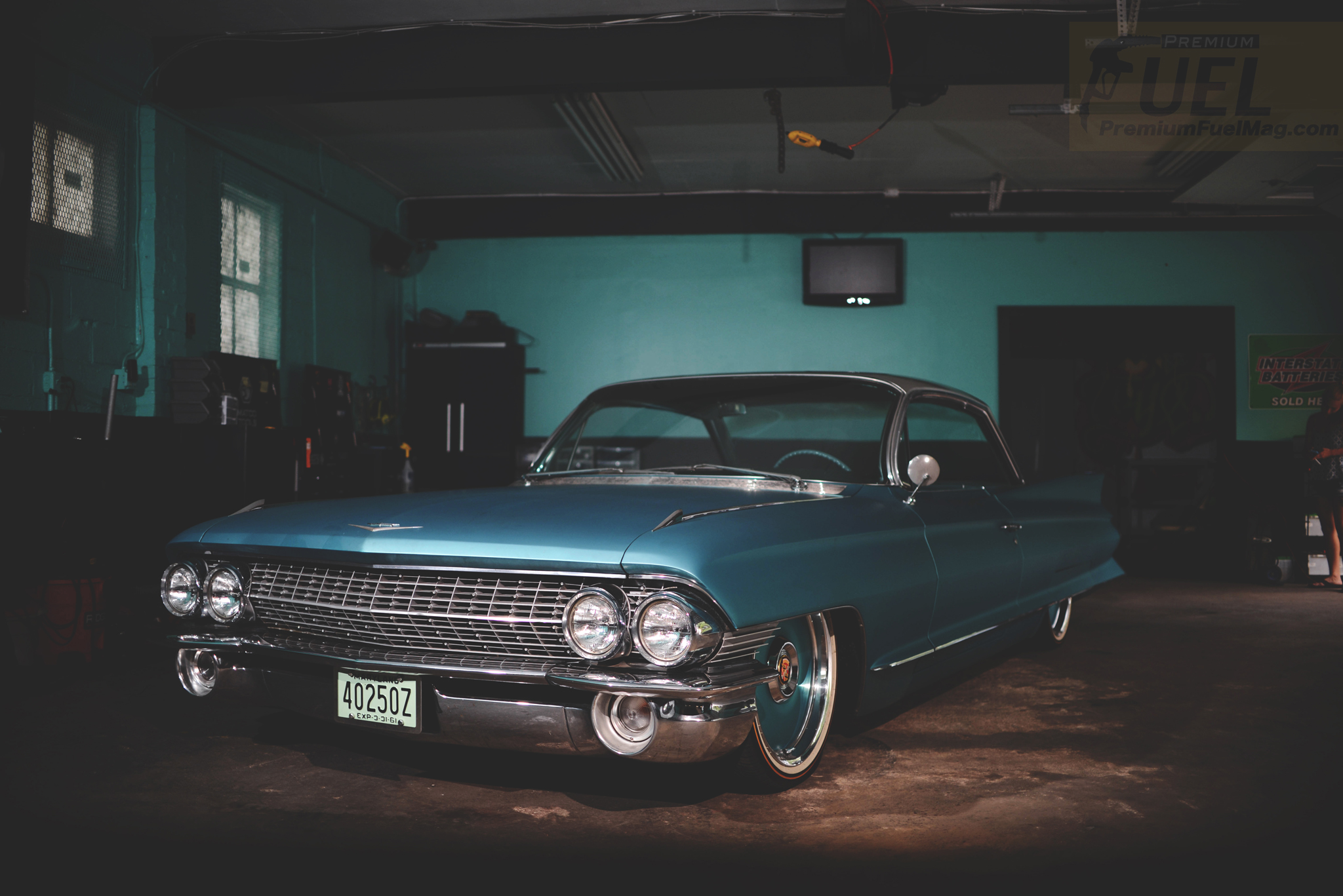 In 1961 This Cadillac set the standard for elegance and luxury, it was the best that money could buy. Even today this enormous coupe could hold its own in the modern luxury car arena. Very […]