BC coilover systems are the hottest on the tuning market.  Last year, we purchased a set for the BMW 650i to see what the hype was all about.  Right out of the box, the BC coilovers look and feel like a high quality product.  Unlike lower end products, the adjustable spring perches and locking rings are different sizes, they are convex and concave and actually mate to each other when tightened together.  The lock rings also appear to be made of strong galvanized steel, this will increase durability and prevent seizing and cross threading in the future.  Camber plates are built in, so there’s no hassle fiddling with other after-market camber plates and no removing OEM top hats from stock struts (the worst job ever).  The dampening adjustment knob is permanently attached to the top of the strut.  Other systems use a key that is inserted into the top of the strut, with the permanently attached knob, you never have to worry about losing the adjuster keys.  Installation was simple and straight forward.  Everything was made to fit where it goes, no adaptations or modifications needed to be made to anything.

Once installed dampening adjustments can easily be made from under the hood and inside the trunk.  The dampers provide 30 way adjustability, it’s easy enough to feel the individual clicks of the adjuster knob as long as you are paying attention to what you are doing.  Camber can easily be adjusted from under the hood.  Front ride height can be adjusted by removing the front wheels and turning the lock collars, rear height adjustment can be made with the wheels on or off, but the bottom of the strut will need to be un-bolted from a single bolt to adjust the length of the strut. You can order them with custom spring rates, but unless you are a suspension expert, don’t bother These guys know what they are doing.  This suspension is designed so that ride height is adjusted separate from shock travel.  They come shipped with the proper spring pre load already tuned in.  Don’t mess with it!!!! You don’t need to.

How Does it Ride

The ride quality of the BC Coilovers is almost as good as you can hope for.  As previously mentioned, ride height does not affect the ride quality of this suspension.  As a base line, I started off with everything set roughly 3 inches below stock height and dampening on the lowest level. In this configuration,  ride quality was very similar to OEM.  It was ever so slightly stiffer, but also different.  The car seamed to float more over bumps as if the dampers weren’t doing much work.  I adjusted the rear suspension to level 10, and the front suspension to level 20.  The stiffer up front configuration mimics many OEM setups and generally helps a RWD car fight oversteer.  I chose to go much stiffer up front as a little added protection to prevent the fiberglass front bumper from bottoming out.  The 20/10 setup rides noticeably stiffer than OEM, however it is never jarring or overly harsh, even on the worst roads Washington DC has to offer. In all honesty, changing to a lower profile tire had about the same impact to the relative harshness of the ride quality.  Once new wheels and tires were fitted, I fine-tuned the front and rear ride heights to get the fenders sitting just above the tires.  Once everything was dialed in, some high speed tests were conducted.  Being the high speed cruising machine that the BMW 650i is, I have to give credit first to the BMW engineers on creating an amazing chassis.  There’s not much improving that can be done, however, I had the privilege of participating in a road rally on some very nice mountain roads, the 650i was able to easily hold it’s own in the curves with tuned M3’s, Evo’s. and Porsches.

After a year of abuse on Maryland and DC roads, the BC’s are holding well.  There are no corroded parts, and everything feels as solid as the day it was installed.  There is a slight creak that comes from the rear of the car going in and out of driveways or speed bumps.  I do not know for sure the source of the creak, but I suspect that the lowered ride height is putting stress on some bushings that need to be upgraded to polyurethane.  I have been extremely satisfied with the BC coil over system and would happily purchase this set again without considering alternatives. 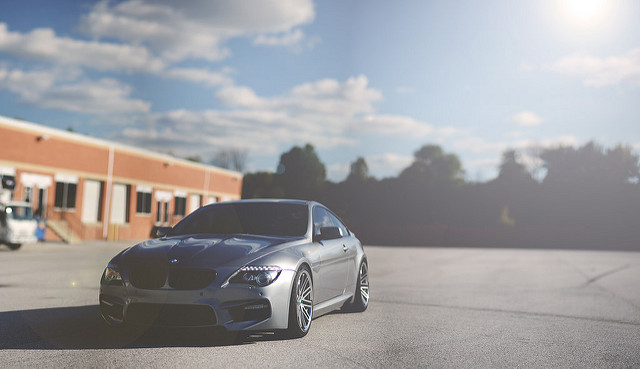