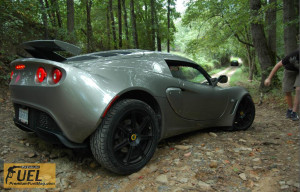 How does this even happen??? Poor planning.  It all started out as a normal car meet.  I got wind that the crew from Mischief.tv would be making an appearance and i just had to stick around.  In case you don’t know, Mischief makes the most INSANE street racing and Tuner DVD’s out there.  They are Fast and Furious in real life.  So anyway, they arrive in a convoy of white BMW M3’s, an insanely tricked out Mustang GT, tuned up 350z’s and a few other rides. They handed out some Google maps and said they were headed down to skyline drive for a nice relaxed ride.  After sitting in a traffic jam for what seemed like hours, cars began to split up.  A group that knew where to go went ahead, the rest of us attempted to follow the maps printout.  The roads became poorer and poorer, we ended up on a narrow muddy and rocky dirt road branches were scraping the cars.  A few guys turned back, “it has to get better pretty soon” but the roads continued to get worse, the Mercedes gave up and headed back.  I was determined to hang out with the mischief crew, so i stayed with it.  Eventually we got to a portion of the trail that looked like a washed out stream, not a trail.  This thing would be difficult to drive a 4×4 on, let alone all of our lowered 2wd sports cars.  We pulled over to think.  The Subaru and the Evo didn’t think twice about continuing down the trail, it was their native terrain after all,  The sport bikes didn’t too so bad either.  everyone else gave up and turned back after about 45 minutes on the treacherous trail.  So there we were, a slammed out BMW 3 series and a Lotus Elise.  We were worse off than fish out of water.  We examined the path and determined the best route down.  The lotus started down the rocks.  Careful not to bottom out and be hopelessly suspended atop the rocks.  No tow truck would be able to get to us where we were.  We had to stack rocks under the tires foot by foot to get down.  It took about 15 minutes of working the clutch and brakes but the lotus driver had conquered the hill.  Now it was my turn.  I made it down the same way, carefully stacking rocks under the tires, trying to avoid snagging a fuel or brake line.  I finally made it down, and less than 5 minutes later.  We regrouped and headed for Skyline.  That was a whole new adventure in its self, more on that later.  Look for my cameo in the next Mischief 8 DVD! 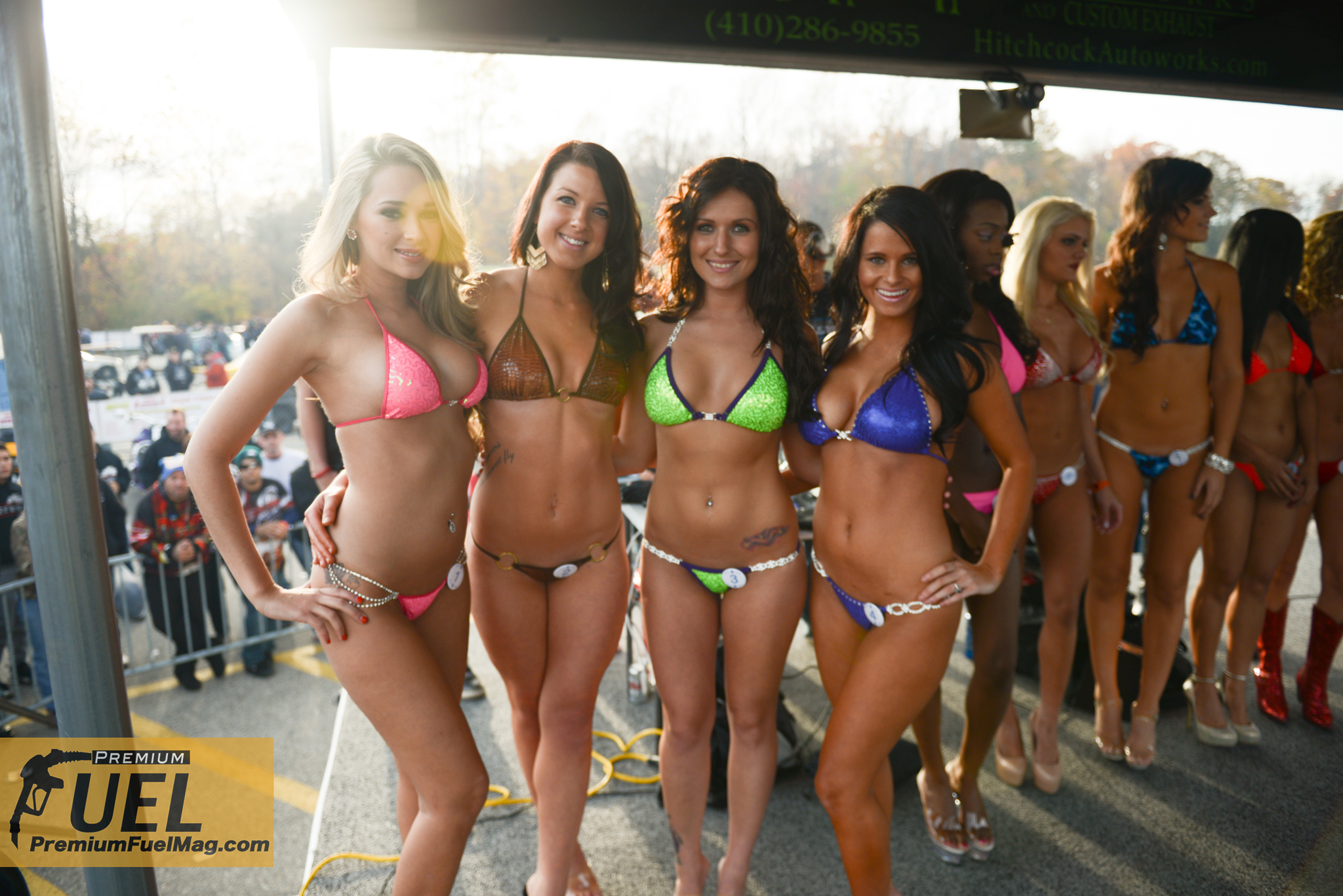 Here’s the best part of Imports Vs Domestics this year, The Bikini Contest!.  This never gets old.